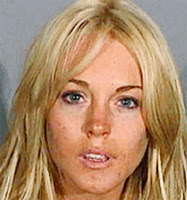 WAAAAAAAAAAAAAA....."That wasn't my cocaine" will go down in infamy with great one liners such as "Saddam has weapons of mass destruction" and "I did not have sexual relations with that woman". Rule #1: They are NEVER YOUR DRUGS, youre just "holding them for a friend"...and is she actually claiming she was wearing "someone else's pants"?!?

D'OH!!! Seeing the SIMPSONS movie at midnight! Sleep be damned!!

Oh, god...how can I not post about DEATH KITTY!! AKA the Grim Rea-purrrrr... Then again I cant agree more with how nice the sound of a sweet purr would be if it were the last thing you hear as you were fading away.

Had a fun ass rehearsal last night for AMERICAN MIDOL. Todd, you are TOO funny, my friend...too funny. The CA sketch will knock 'em dead, I'm tellin' ya.

Off to Jon's wedding tomorrow! The plan is to take 3431 Xanax on the plane so I can sleep until I arrive at the Inn and arrive refreshed so I can down bottle after bottle of booze until I look like this 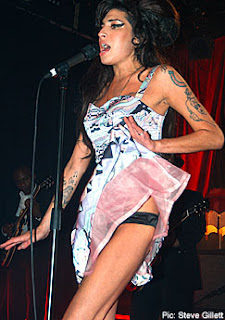